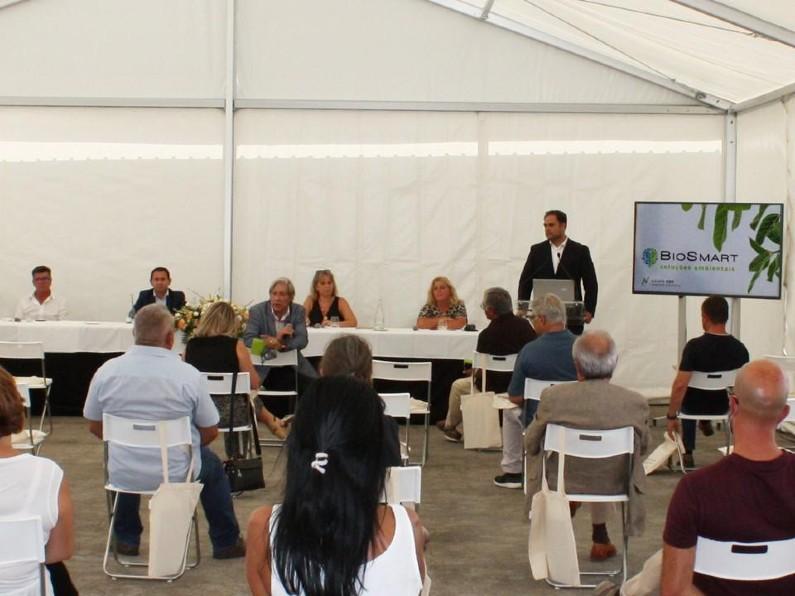 The Ecopark Algarve is a new organic treatment unit, located in Messines, that allows 75 thousand tons of sludge to be treated and will serve, from now on, the Market in Algarve.

It was on the 26th of August that BioSmart, a company of Grupo NOV Ambiente & Energia, publicly presented its organic treatment unit in São Bartolomeu de Messines from the municipality of Silves. During an event that brought together dozens of people, in safe conditions, the presence of the Mayor of Silves, the President of the Parish Council of São Bartolomeu de Messines and several elements of the Municipal Assembly of Silves standed out and the Board of Directors of Águas do Algarve, in addition to the Boards of Directors of Grupo NOV Ambiente & Energia.

With an unique technology in Portugal that allows to keep the sludge in aerobiosis (reducing the bad smell), BioSmart invested more than 2 million euros in this sustainable project, also through the production of photovoltaic energy for self-consumption, being an example of circular economy. Everything that comes in as waste comes out as a valued product.

This unit will serve the market of Algarve, which produces around 50 thousand tons of sludge per year, maintaining the contractual fulfillment conditions that derive from BioSmart having won the public tender for the sludge treatment of Águas do Algarve in February this year. Until now, the sludge was sent and treated in other licensed BioSmart units.