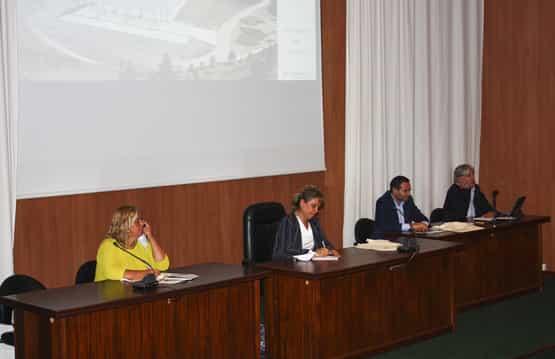 This session was highlighted by the creation of an Environmental Project Monitoring Committee.

Clarifying and informing were the watchwords that guided the public clarification session on the EcoParque of the Algarve, held at the Messines Parish Council, on the 23rd of September. The debate was attended by the invited specialist José Manuel Palma, the Mayor of Silves and the Parish Council of São Bartolomeu de Messines, Rosa Palma and Carla Benedito and the administration of Grupo NOV Ambiente & Energia.

BioSmart, a company that belongs to Grupo NOV Ambiente & Energia held a similar session for the elected representatives of the Local Government and presented the population with the typology of construction, way of functioning and technologies used in this unit which is  active since September 1st , and that stands out for circuit sustainability as a finished example of Circular Economy. During the debate participants were also given the opportunity to express their doubts and fears, namely the issue of odors, which was widely debated.

In order to guarantee and reinforce the transparency of the process and to safeguard the interests of the Messines community and to bet on the continuous improvement of procedures, a Monitoring Commission will be created existuing of elements external to the Composting Unit.