Grupo NOV Comunicação acts in the Portuguese market – in the Aveiro, Leiria and Santarém districts – and currently consists of regional newspapers and a regional radio.

Aware of the surrounding reality and looking for a great proximity to the community, the titles focus in the edition of magazines and in the organization of events about modern themes of general interest.

Grupo NOV Comunicação has received several national and international awards, a lot due to the modern graphics, the quality of the texts and the excellence of the themes.

One of the most relevant was the silver medal awarded to Região de Leiria in the Breaking News – Photography category, by Society of News Design in 2018, becoming the most awarded regional newspaper of all times.

This sector intends to be an active partner in the community development, by spreading accurate and relevant information to the readers and listeners and by offering products, services and innovative solutions to their advertisers, that integrally satisfy their communication needs, generating economic value. 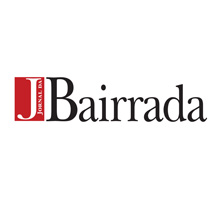 “Jornal da Bairrada” is a weekly newspaper that provides general public information, although it mainly deals with regional issues. Its main goal has always been to fight for the real legitimate interests of the country and the region.

“Jornal da Bairrada” considers that people’s right to freedom of expression and free and pluralist, unbiased and truthful information is essential for defending peace and the country’s political, social and economic progress.

This newspaper’s priority is meet its customers’ needs and serve the interests of its readers. 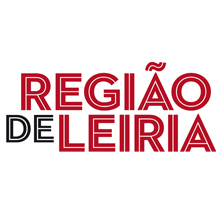 The “Região de Leiria” newspaper has been on the go for 75 years now and is the leading newspaper in the district of Leiria, with about 100,000 subscribers and 15,000 printed copies.

It organizes several conferences and events in the region, boosting the cultural development and engaging the community.

It has already received three special citations and in 2011, it was awarded the Excellence Prize in Photography/Unique Photos/Sports of the 32nd edition of “Best of News Design Competition”, organised by the Society for News Design.

This journalistic project was also awarded the 2010 Regional Gazette Prize, one of the most prestigious awards in the sector, by the Journalists’ Club, for the obvious quality of its texts, layout, photography and variety of topics dealt with.